We have tested 10 VPS plans from IONOS by 1&1 and OnetSolutions. This page is a summary and a comparison of all test results for those providers.

IONOS by 1&1 was founded in 1988.
It is headquartered in Germany.
It employs 7000 people.
It offers Web, Wordpress, Dedicated and VPS hosting products.

These are the CPUs we have seen in IONOS by 1&1 and OnetSolutions instances in the past 18 months. 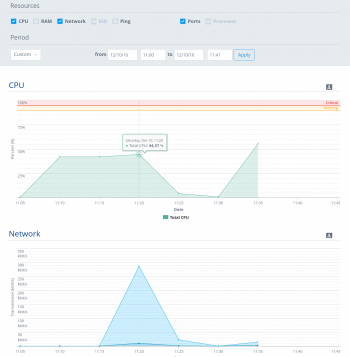 All IONOS by 1&1 screenshots 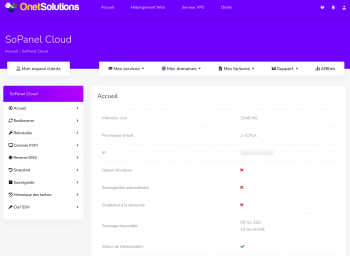 This is the average time it took to create an instance for IONOS by 1&1 and OnetSolutions from instance order to instance accepting connections.

We ran a database intensive web application at various levels of load on cloud servers from IONOS by 1&1 and OnetSolutions. This is the average response time measured locally on the VPS for each plan we tested.

We ran a database intensive web application at various levels of load on cloud servers from IONOS by 1&1 and OnetSolutions. This is the maximum rate of HTTP requests that each server handled without timing out.

We ran the full suite of Sysbench tests on VPS plans of IONOS by 1&1 and OnetSolutions. These are the Sysbench CPU test results:

We ran the full suite of Sysbench tests on VPS plans of IONOS by 1&1 and OnetSolutions. These are the Sysbench Disk IO Random Read test results:

We have performed large file transfers from the IONOS by 1&1 and OnetSolutions VPS and we measured the speed of downloads and uploads.

Review and compare endurance test results for IONOS by 1&1 and OnetSolutions on the Sustained CPU Endurance Comparison page.
Compare
Endurance

Compare IONOS by 1&1 and OnetSolutions against other providers