On June 5th 2020, Amazon EC2 made their new C5a instances generally available. Those instances are based on AMD EPYC 2nd generation Rome CPUs clocked at up to 3.3GHz (7002 series). The C5 instance type is compute optimized with a 2 to 1 memory to CPU core ratio. A C5a instance price is 10% lower than the equivalent C5 instance (C5 run on Intel Xeon).

Seen from inside the instance, we see a CPU model name: "AMD EPYC 7R32". There are 2 threads per core meaning that where 2 vCPUs are advertised, you actually get 1 physical core. L3 cache is fairly small at 4MiB. 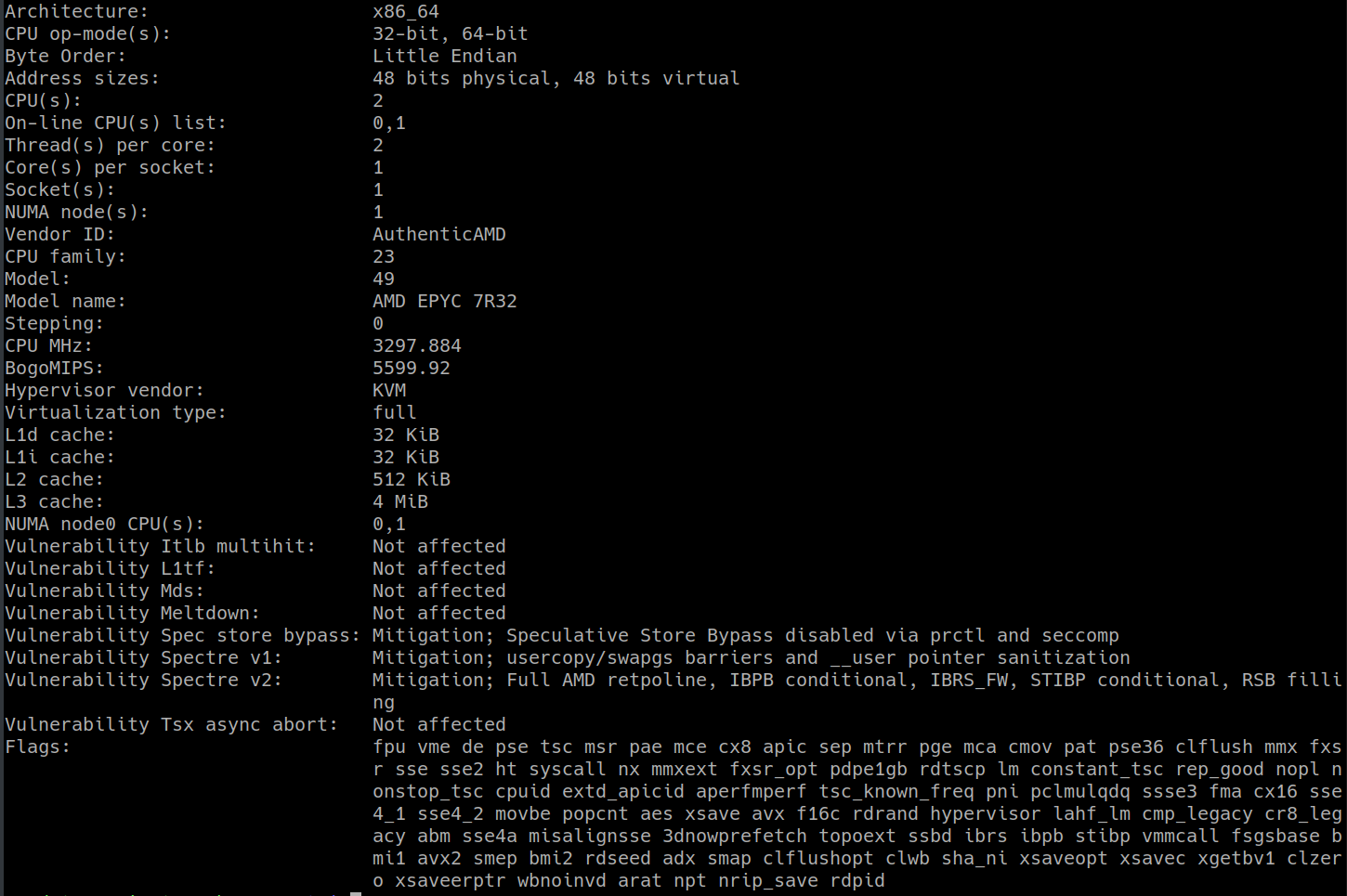 As usual, our benchmarks are made of a web test, sysbench CPU, disk and memory tests, network transfer tests and endurance tests. During the benchmarks, we were able to verify that the CPU was running at 3.3GHz.

It's best to compare this c5a.large trial to previous m5.large and m5a.large. m5 is the General Purpose instance type at EC2 where the memory to CPU core ratio is 4 to 1. m5 run on Intel Xeons while m5a run on AMD EPYC 7000 series. In the latest m5 and m5a trial, the CPU were respectively a Xeon Platinum 8175M and an EPYC 7571.
It's worth noting that the m5 instance also has hyperthreading turned on despite of the vulnerabilities afflicting the Intel processors, so all 3 instance types feature 2 threads rather than 2 cores. 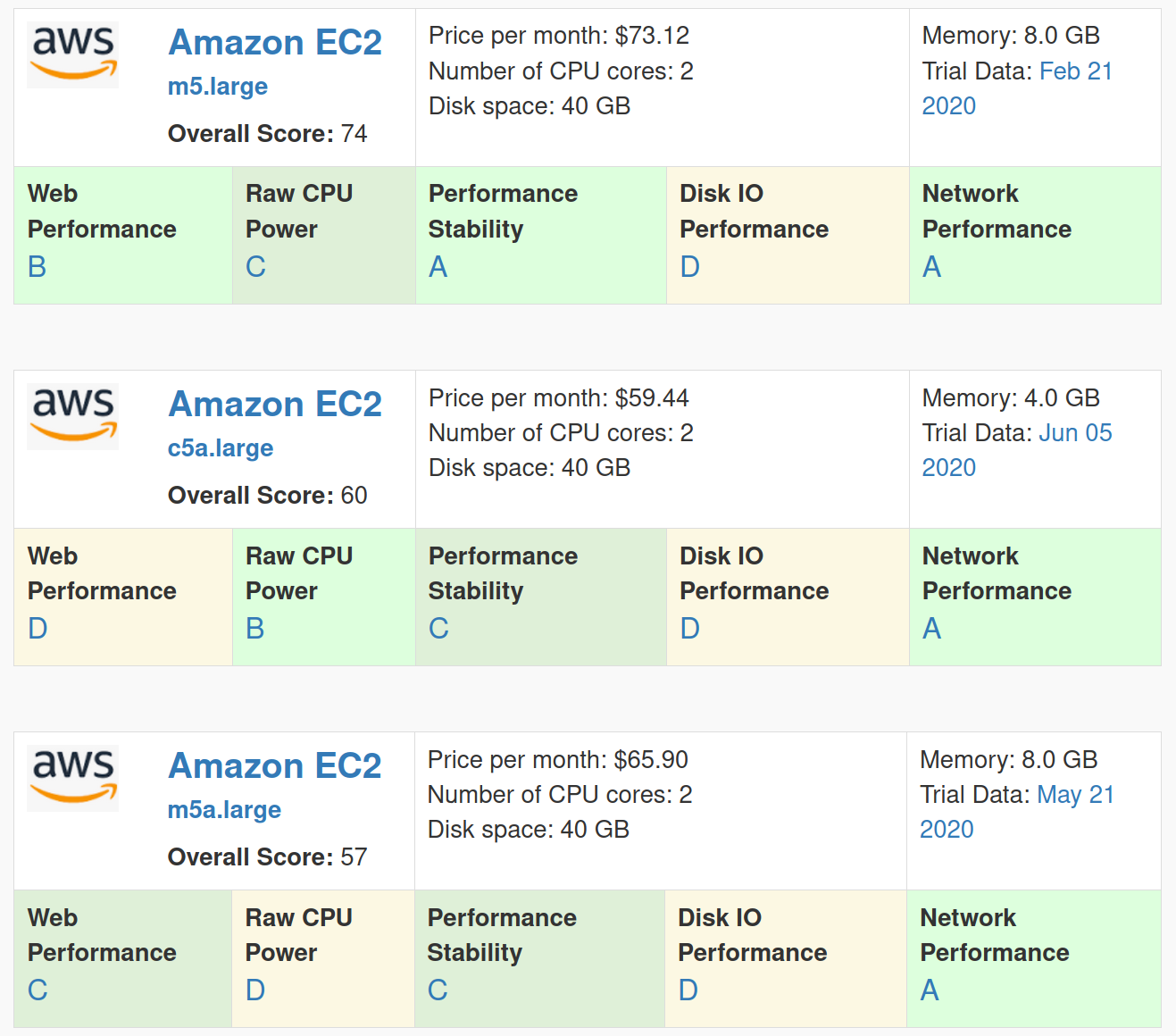 Soon, we'll also retest the c5.large instance to get a more complete picture. 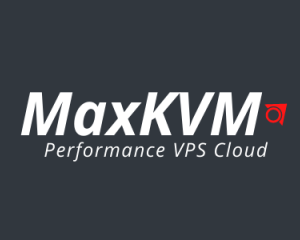 First EC2 C5a EPYC 2nd Gen benchmarks On June 5th 2020, Amazon EC2 made their new C5a instances generally available. Those instances are ... New VDS line of servers at Contabo This week, Contabo is releasing a new line of VPS servers called VDS "Virtual ... New Grades and Best VPS 2020 rankings Changes are coming to VPSBenchmarks in the next few weeks that will make it easier to find the VPS ...