On November 17, 2020 Apple released the MacBook Air with the M1 chip. With all the hype surrounding the release I thought VPSBenchmarks need not be left behind and could add its own benchmarks to provide a server perspective on this chip.

The comparison to the same benchmarks results for datacenter servers should be considered a curiosity more than an apple to apple comparison. For starters the M1 SoC is very different from a traditional CPU and it's not designed to be used on shared datacenter servers. In addition, the tested instance was the sole tenant of a laptop and was able to use 100% of the resource that it was allocated.

This lscpu output on the Ubuntu VM does not let a lot of information transpire about the CPU, there's no frequency and there's not even a model name:

A VPSBenchmarks trial normally involves Web, Sysbench, Network and Endurance tests. In this case, the network tests are irrelevant as explained above.

We're left with the Web Runs and Sysbench tests which are perfect to test CPU and storage performance. Anecdotally the MacBook Air got perceptively warm but not hot during the web runs at high request rates. There's no fan in the MacBook Air M1 so the laptop stayed silent at all times.

The M1 didn't disappoint, the CPU benchmarks demonstrate it's in a class of its own. All the results can be reviewed from the Apple M1 trial page.

Since all test results are needed to calculate the grades and this trial only has Web Runs and Sysbench, this trial has no grade.

Here is a comparison of the Apple M1 web tests results to other 2 cores instances running on Xeons or EPYCs. 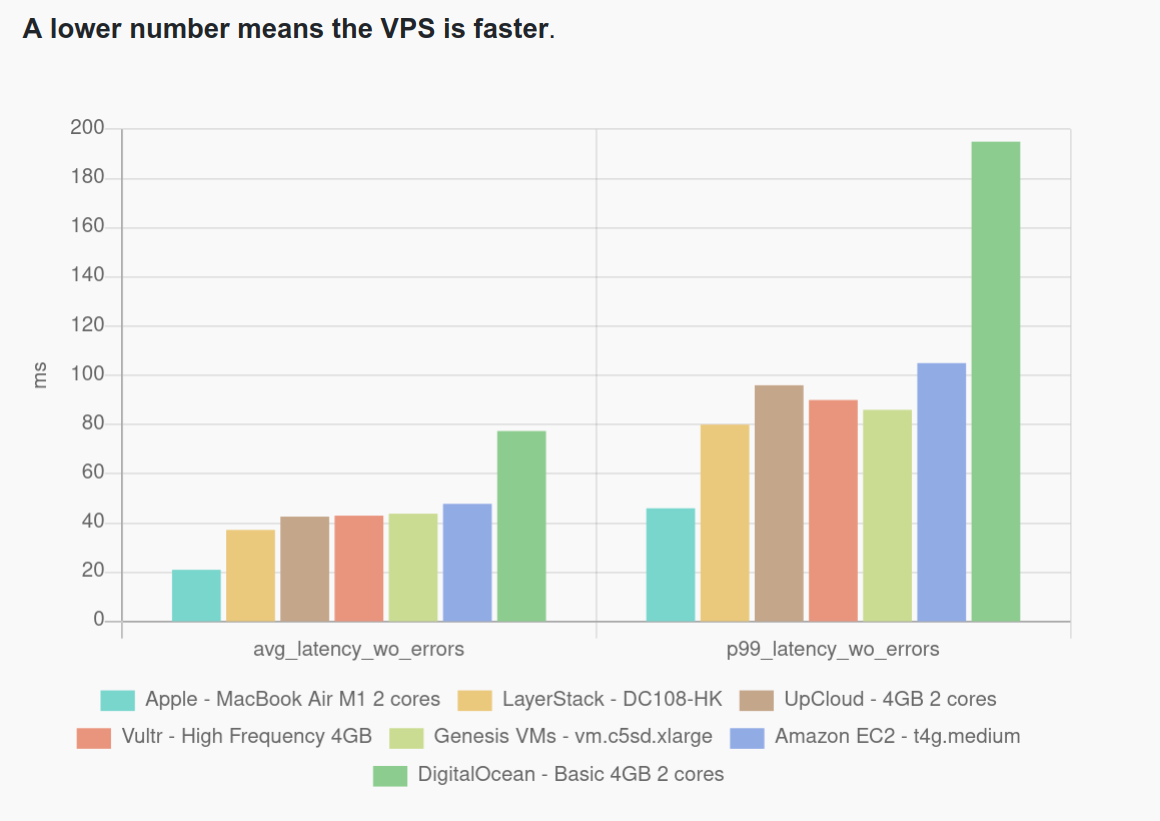 Here is a Sysbench comparison with the same servers sample as above.

The chart says it all: 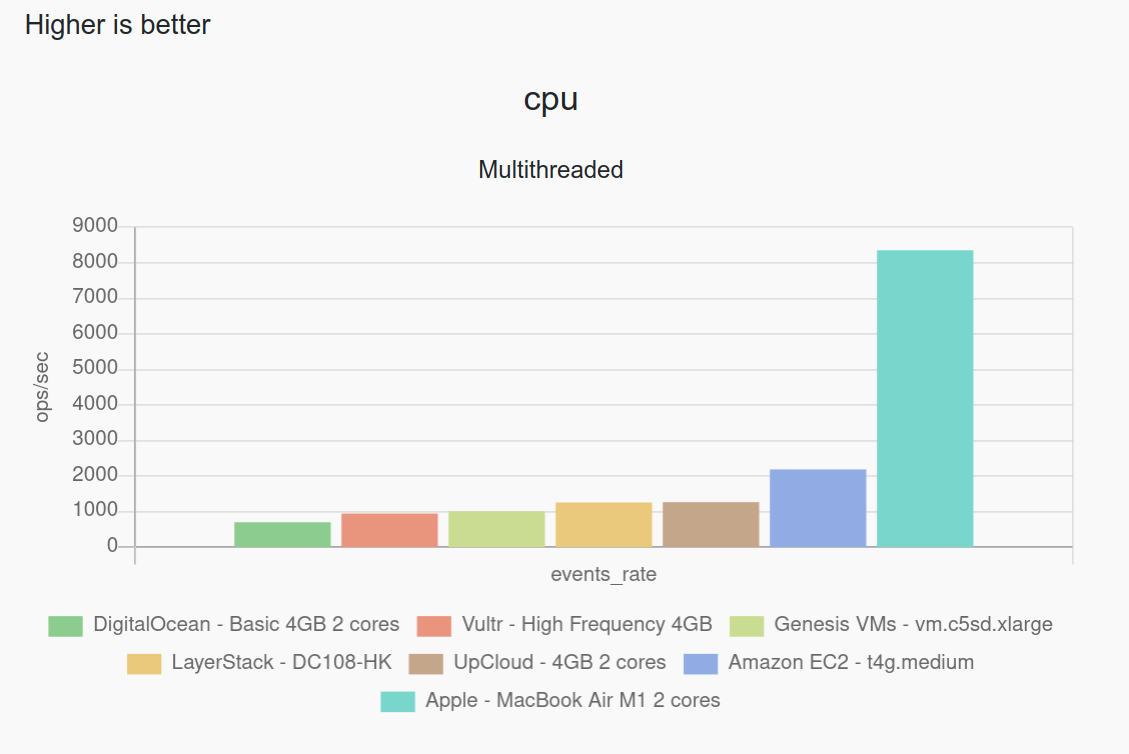 The disk tests are not as meaningful as the CPU tests, the M1 plays no part in the speed of the SSD inside the laptop. I expect the results would be the same for a same generation MacBook Air with x86 inside.

See for yourself, there are a number of disk IO tests in the comparison page. The MacBook comes on top for some of them but it's just a bit better than average on others.

There have been plenty of articles explaining why the M1 is so much faster than current Intel or AMD desktop CPUs. See for example the detailed explanations in Erik Engheim's blog post. Regarding the server benchmarks above, it comes down to:

On thing is certain, with such an innovative SoC design, Apple is going to turn the CPU world upside down. We're hopefully going to see more innovation soon from other chip designers and this upheaval will benefit the cloud servers industry in addition to the consumer market. Cloud providers need open, affordable and performant SoC systems. Intel and AMD have their work cut out for them.