For the same number of core and memory, High Frequency plans have 15% or more additional disk space, data transfer limit stays the same. The hourly price is 20% higher than the regular VC2 instances.

The VC2 $10 and the High Frequency $12 plans both have 1 core and 2GB RAM so they can easily be compared.

So how much more speed can you get of those HF instances? Quite a bit, it turns out.
For a high level view of the performance gap between a regular VC2 instance and a HF instance, take a look at the Screener 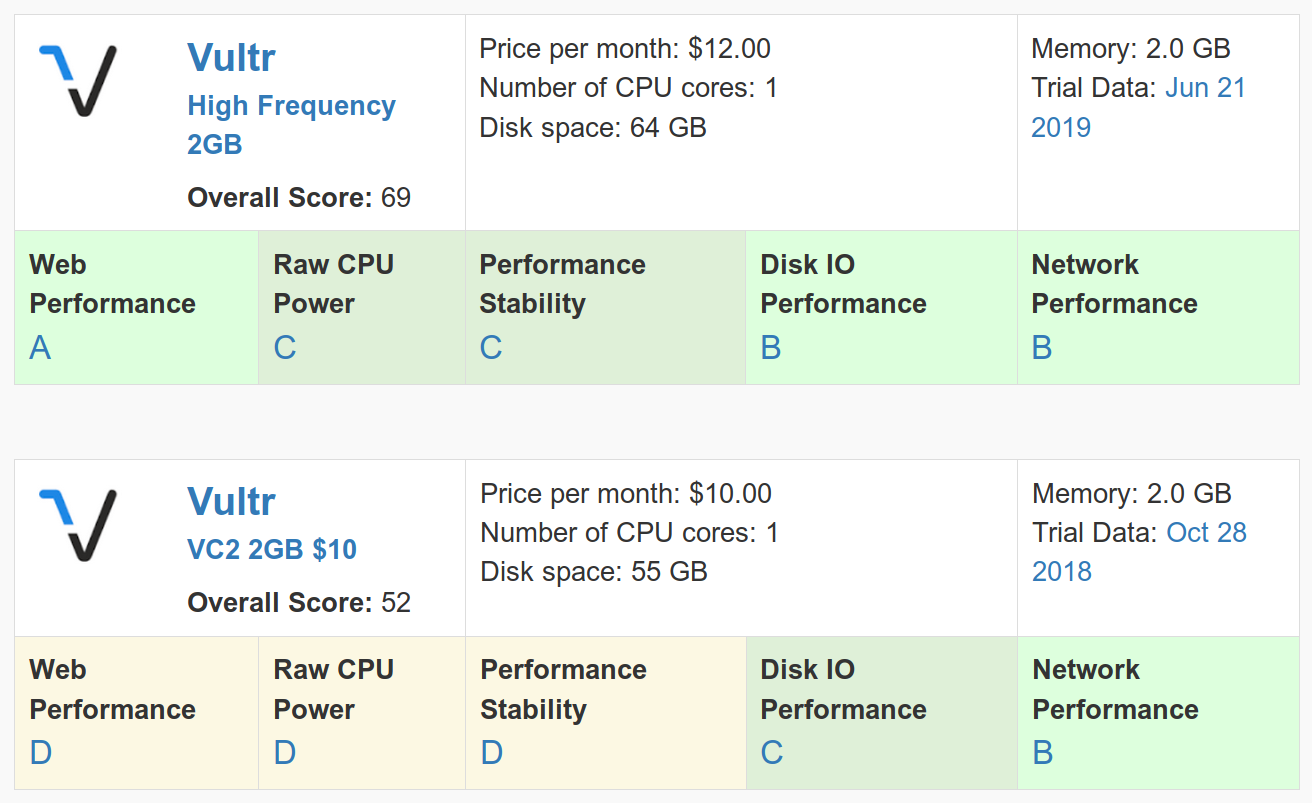 Web average response time is 78% lower than for the equivalent VC2 plan. 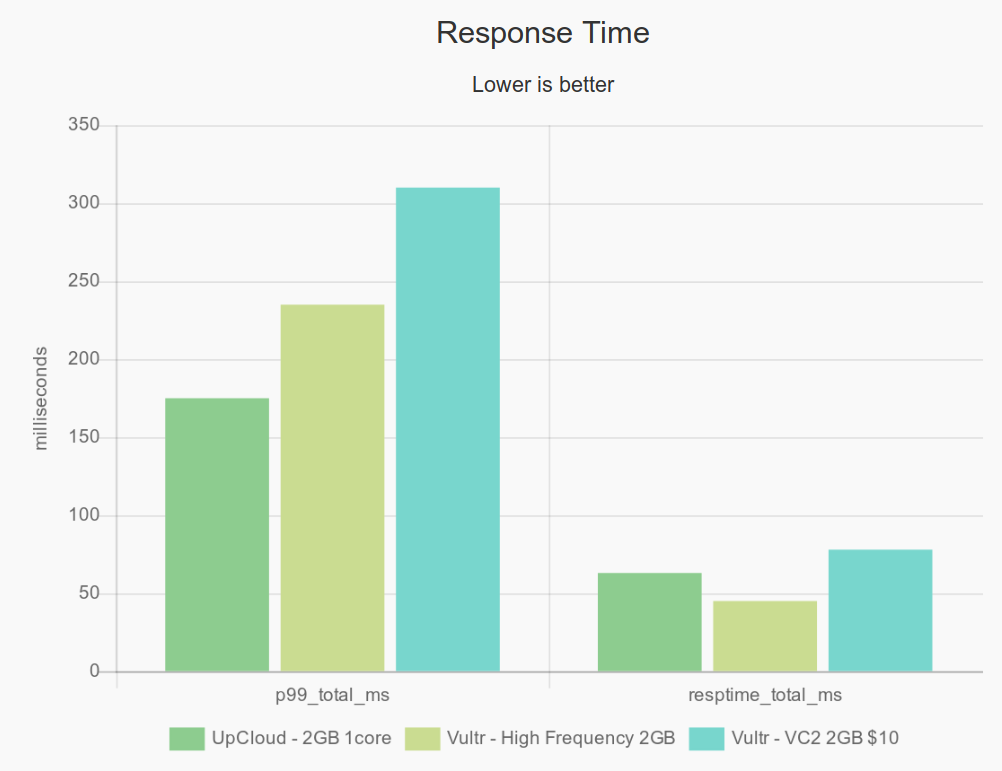 In Sysbench CPU test, the HF plan is 6% faster than the Vultr VC2 plan and 10% faster that UpCloud 2GB 1 core. We observe similar numbers in the CPU Endurance test. 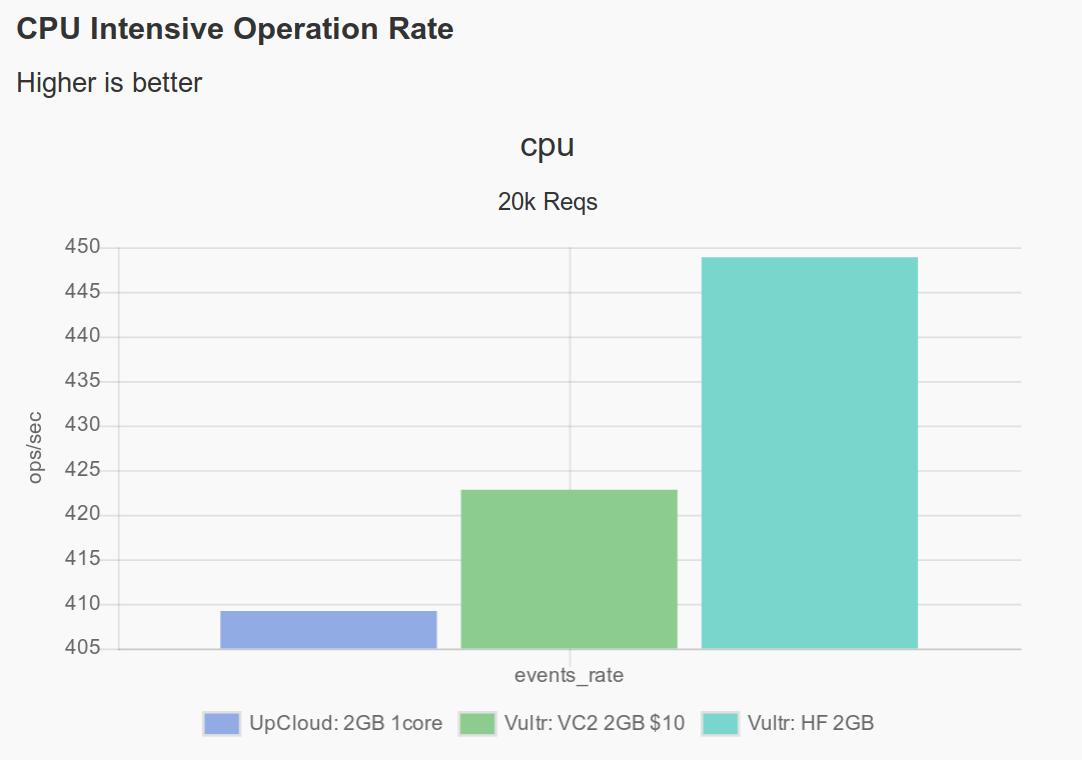 In terms of disk IO, the HF instance read and write throughput were both 35% higher that the VC2 plan. 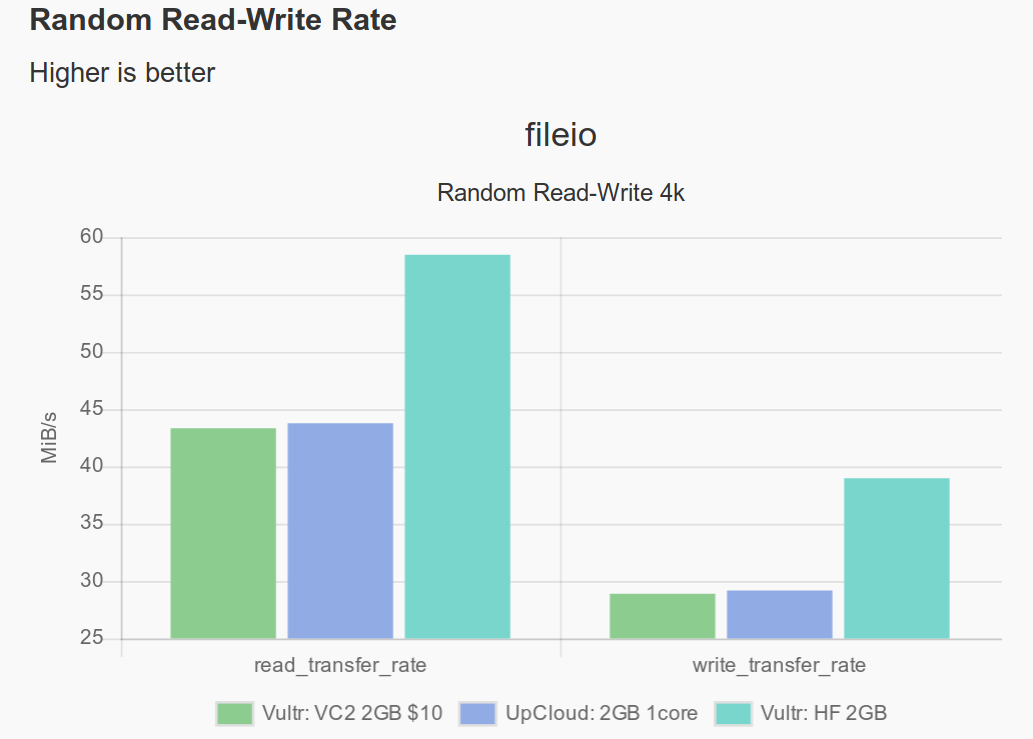 If those HF instances stay that fast, they look like serious competition to UpCloud. You might want to jump on the opportunity before they change their mind.