The first ever trial on an AWS EC2 Graviton2 instance took place this week after Amazon announced the availability of the t4g on September 14th 2020. As a reminder the Graviton2 is the new ARM based CPU designed by Amazon for its cloud services.

The Graviton2 shows up as Neoverse-N1 in linux (lscpu). The CPU frequency is nowhere to be found in lscpu output but it is believed to be 2.5GHz.

We used a t4g.medium for the tests with 2 vCPUs and 4GB RAM, 40GB EBS SSD storage and the OS was Ubuntu 20.04 for the ARM architecture. Just as its predecessors, the t4 range of instances is burstable meaning that you don't get full unlimited access to each vCPU. Instead you get CPU credits and in the case of the t4g.medium, it's only 20% base usage. As long as you have CPU credits, you benefit from the full CPU cores but the credit balance goes down as soon as usage goes over 20%. When credits run out, you'll start seeing CPU steal on the system, up to 80%.

VPSBenchmarks did not leave the "unlimited" box checked in the instance details. This box is checked by default and it's a marketing ploy to get you to pay the m6 price when you ordered a t3 or t4 instance by allowing you to go over (and be charged for) your credit balance.

VPSBenchmarks waited until the credit balance was over 60 before starting the tests. The balance stayed positive all through the Web Runs, Network Transfers and Sysbench tests but it got fully depleted shortly after the start of the Endurance tests.

On all EC2 instances with small EBS volumes, disk IO throughput is severely throttled so the sysbench disk IO results are predictably bad and will not be considered in this article.

The full list of results can be found on the t4g.medium performance trial page.

In terms of web performance, the t4g.medium gets results on par with the most recent CPUs from AMD and Intel: 48ms response time and almost 20 HTTP requests per vCPU per second without error.

It is a lot faster than the Intel based t3.medium tested back in January: https://www.vpsbenchmarks.com/trials/amazon_ec2_performance_trial_04Jan2020/web_runs. This instance was only able to handle 15 requests per second for a latency above 53ms at all load levels. 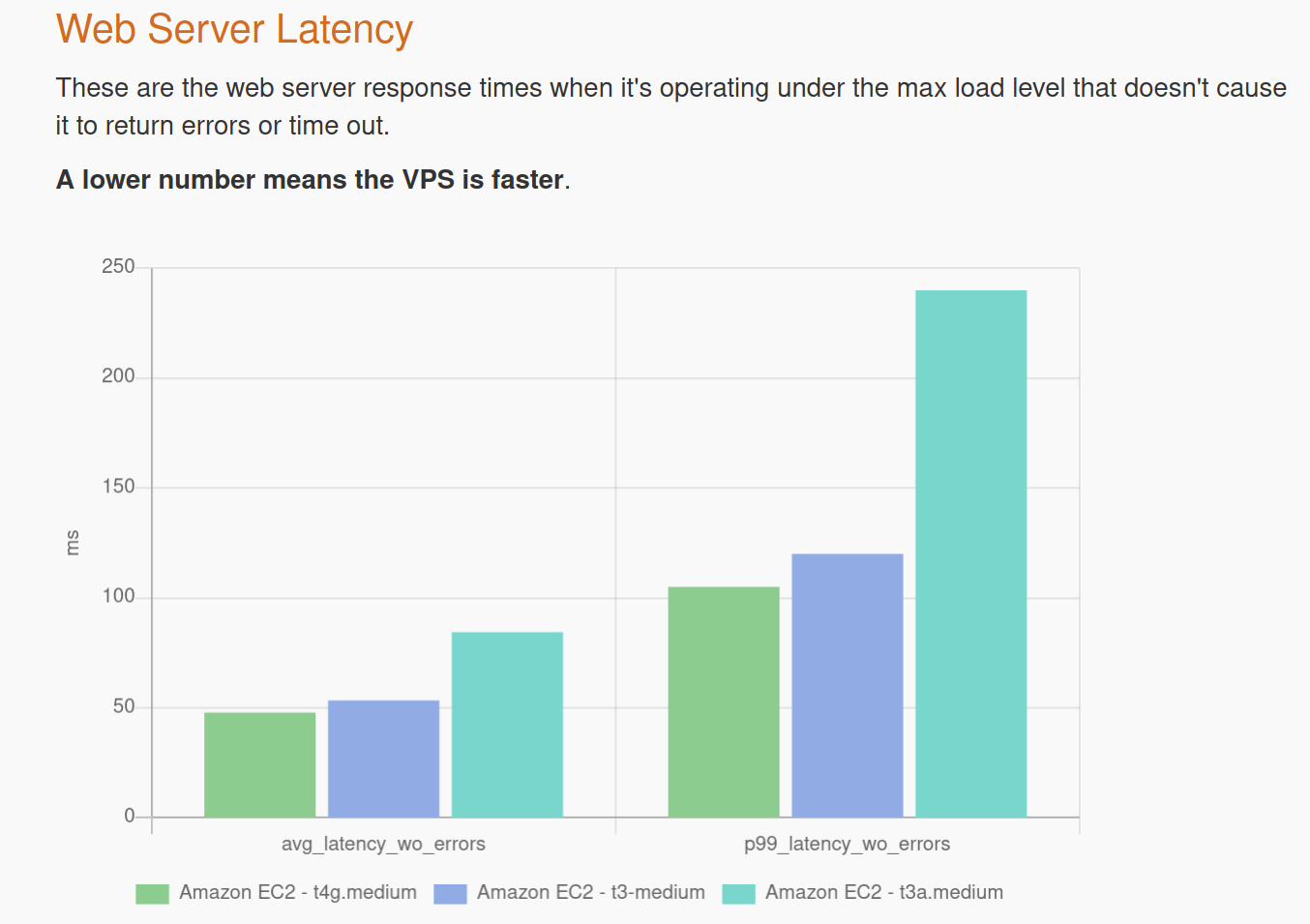 The performance improvement is even more striking with Sysbench CPU tests: the t4g is more then 200% faster than t3 or t3a (medium).

All the sysbench test results for the t4g.medium can be found here. 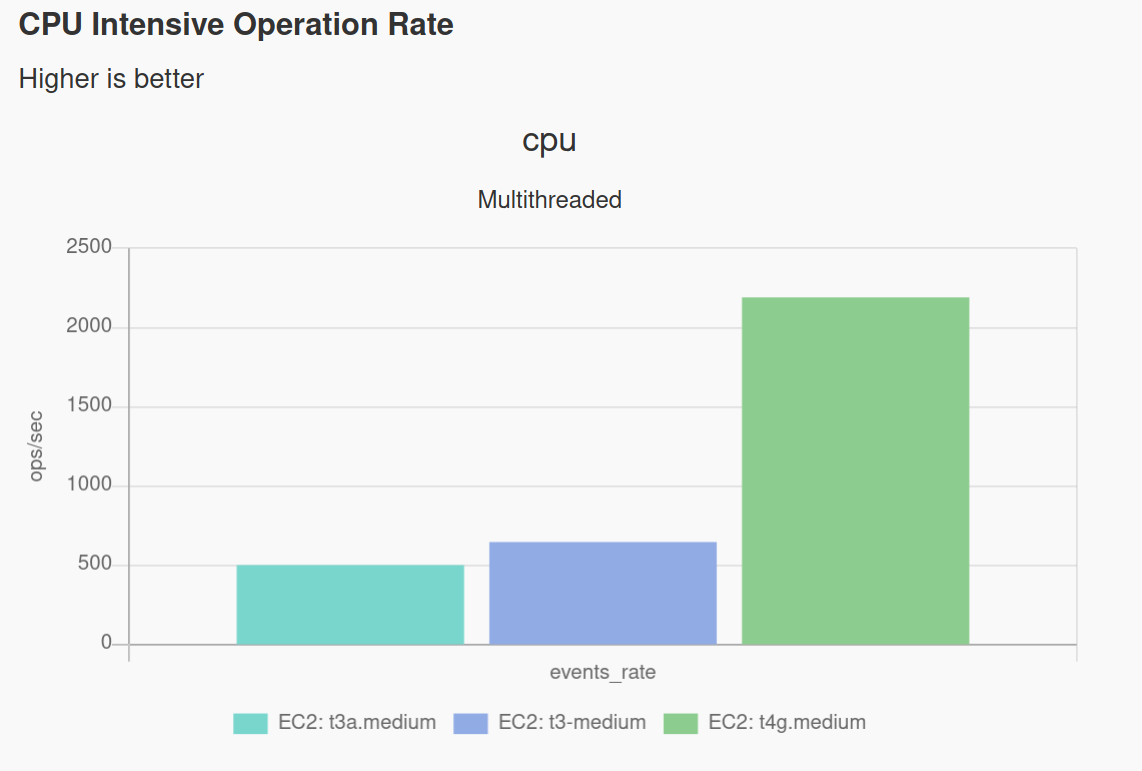 The t4g instances with Graviton2 are a clear improvement over the t3 generation even without counting the 20% price reduction. The only downside is the architecture (arm64) that can make it difficult to find the required binaries for those who have very specific needs.